skip to main | skip to sidebar

I came across this video by the Icelandic poet, Eiríkur Örn Norðdahl, in the excellent new magazine, Asymptote. There is an English translation online.

neverthless
Posted by Rufo Q at 09:06 No comments:

buds like goose
neck barnacles
Posted by Rufo Q at 05:18 No comments: 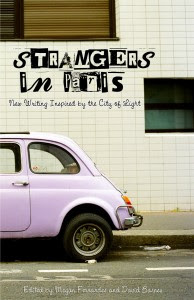 I've got some work in an anthology of new English-language writing from Paris. It's due out from Tightrope Books in Toronto in May of this year. It features an intriguing mix of big name authors like John Berger, Jorie Graham, Alice Notley and Cole Swensen, and less big name authors like myself, many of whom gravitate around David Barnes' Spoken Word night in Belleville. Copies are now available for pre-order.
Posted by Rufo Q at 07:43 No comments:

sleightmotiv
legerdemain
Posted by Rufo Q at 04:18 No comments:

meandmylemons
Posted by Rufo Q at 03:07 No comments:

Thursday 10th March at 19h30 at The American Library in Paris

To celebrate Le Printemps des Poètes, France’s Poetry Month, four English-language poets will be reading from their work. In the spirit of this year’s theme, “d’infinis paysages,” each reader will offer ways in which the “Infinite Landscapes” of oceans and islands, of seashores, deserts, mountains, fields and city streets are transformed into the landscaped infinities of poetry. The program is brought to you by Upstairs at Duroc, the Paris-based literary journal.

Margo Berdeshevsky’s poetry collection, But A Passage In Wilderness, was published by Sheep Meadow Press, who will also publish her new book, Between Soul and Stone, in the fall of 2011. Her short story collection, Beautiful Soon Enough (University of Alabama Press, 2009) received Fiction Collective 2’s American Book Review / Ronald Sukenick Award for Innovative Fiction. Margo has received 6 Pushcart nominations and 2 Pushcart Special Mention citations as well as The Poetry Society of America’s Robert H. Winner Award. Originally from NYC, she lives and writes in Paris.

Paula Bohince is the author of 2 poetry collections, both from Sarabande Books: Incident at the Edge of Bayonet Woods (2008; e-book 2010) and The Children (forthcoming in 2012). She has received the 2010-2011 Amy Lowell Poetry Travelling Scholarship, and her poems have appeared in The New Yorker, Poetry, The Nation and elsewhere.

Dylan Harris is an English poet who has lived and worked in various EU countries. This sequence of culture changes has come to dominate his poetry. His books include the collection antwerp (wurm press, Dublin), the chapbook Europe (wurm press, 2008) and his recent poetry / photography chapbook smoke, published by the The Knives Forks and Spoons Press in the UK.

Sarah Riggs is a poet, translator and visual artist. She has published Waterwork (Chax Press, 2007) and a book of essays: Word Sightings: Poetry and Visual Media in Stevens, Bishop and O’Hara (Routledge, 2002). Her most recent chapbook is 60 Textos (Ugly Duckling Presse, 2010). She has translated Isabelle Garron, Ryoko Sekiguchi and Marie Borel (with Omar Berrada). A member of Double Change and the director of Tamaas, she teaches at NYU in Paris.

New work is up at nthposition. This month sees poetry by James Goodman, Elena E Johnson, David Lawrence and Michael William West, as well as an article by Steven Fowler on the Sicilian aristo-symbolist, Lucio Piccolo.
Poets wishing to submit work should do so at rquintav AT gmail DOT com. Send up to six poems at a time along with a brief biographical note. No attachments please.
Posted by Rufo Q at 12:44 No comments:

Rufo Q
I am a Paris-based poet and environmentalist.